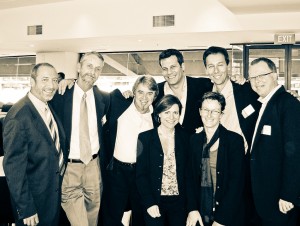 Recent thinking around innovation systems, creativity and the creative class has influenced economic policy in many countries over the last 5 years. In 2005, EF’s Paul Houghton chaired a review of the current practice and thinking with a view to the development of a strategy that would integrate this thinking into productivity and Innovation strategy for the Department of Training. This cross agency, multi-disciplinary project was complex, diverse and at times a shifting target.

The body of thinking, skilfully researched and analysed with Larry Quick and Associates, influenced a wide range of initiatives in Perth such as Form’s Creative Capital and the establishment of the Committee for Perth. Other Departments involved in the project also picked up on some of the recommendations.

The resultant report was hailed internationally as one of the most complete in the field and the team that produced it went on to be involved in many aspects covered by the report. The Department of Training failed to implement even a small portion of the findings and research because the topic was too far beyond their perceived brief or capability. In addition to the report and findings, a key lesson was to always involve an assessment of capability in the process.

Ultimately it was a catalyst for new thinking around innovation platforms, design thinking and capability development. The expected outcomes and even the funded outcomes are not always the ones that have lasting impact. The coming advent of the NBN rollout offers a new context into which this work can be re-applied.